Shell-collecting on the western coast of Scotland:
where have all the Calliostoma gone? 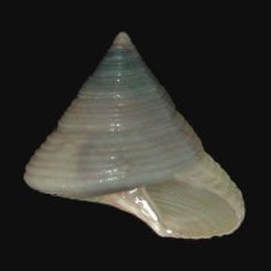 In the first week of September 2000, my girlfriend and I travelled about 600 miles north to Onich, a tiny village situated by the shores of Loch Linnhe. I have never collected any Calliostoma zizyphinum (Linnaeus, 1758), in this country and thought that I should look for them while on holiday. We arrived in glorious sunshine on the Saturday and fairly quickly decided to check what was up for grabs on the beach close to the house.


The elusive Calliostoma zizyphinum (L., 1758)
The beach is mostly pebbled with a zone of sand and when we arrived it was (luckily) just past low tide. We began browsing and within a short space of time had collected a few beach specimens of various species including some really huge Gibbula magus (Linnaeus, 1758) – the biggest I have ever seen. However, they were all very beached and one had a hermit crab in it which was eventually persuaded (by Lynn's offer of alternative premises!) to leave. I collected several of those over the week at several different localities, not just Loch Linnhe. Scattered amongst the rocks were several species of bivalve: Mytilus edulis Linnaeus, 1758, a broken Modiolus modiolus (Linnaeus, 1758), Ensis siliqua (Linnaeus, 1758), Mactra corallina (Linnaeus, 1758) and Cerastoderma edule (Linnaeus, 1758). Also, that evening, I found Natica poliana (Delle Chiaje, 1826), Patella vulgata Linnaeus, 1758, Gibbula cinerea (Linnaeus, 1758), Littorina littorea (Linnaeus, 1758), L. obtusata (Linnaeus, 1758), L. saxatilis (Olivi, 1792) and the subspecies rudis (Maton, 1797). I also found the operculum of a Buccinum undatum Linnaeus, 1758 miraculously unbroken wedged between the rocks, a very small chiton – Lepidopleurus asellus (Gmelin, 1791) – and a single Rissoa lilacina Récluz, 1843.
Shelling continued the following day in another part of the loch, specifically a place called Cuil Bay, in fantastically hot and sunny weather! We found intact Modiolus modiolus and broken fragments of Buccinum undatum as well as Venerupis rhomboides (Pennant, 1777), Venus casina Linnaeus, 1758 and Spisula solida (Linnaeus, 1758) and more of the same at the previous locality. The searching continued at home base in the evening but no new species were found (although I did find several Green pea urchins – Psammechinus miliaris Gmelin, 1791 – and one Echinus acutus Lamarck, 1816.
The Wednesday of the week involved a tortuous drive up to Mallaig from where you can catch the ferry to Mull, if you wish. We did, however, go to the Mallaig Sea Life Centre which is worth a visit if just to see the live Buccinum undatum in the tanks with the sea cucumbers. I also asked the chap on the door who informed me that the top shell shown on the display "is common on all our shores – look in rock pools and stuck to rocks". I tried to explain I had already tried this after advice from my friends Barbara Shepherd and Brian Hammond but to no avail.
So we drove a little further down the coast again to Morar Beach – a beautiful white sandy beach with frequent rocky headlands separating the coves. Apparently, the composer Sir Arnold Bax used to come here often for the peace and quiet and I can well see why. So, I left Lynn reading in the sunshine and set off. Further along, the beaches offers more of the same plus Turritella communis Risso, 1826, Aporrhais pespelecani (Linnaeus, 1758) (juvenile), Nucella lapillus (Linnaeus, 1758), Crepidula fornicata (Linnaeus, 1758), Capulus ungaricus (Linnaeus, 1767), Nassarius reticulatus (Linnaeus, 1758) and one slightly eroded Buccinum undatum. Additional bivalves were Chlamys tigerinum (O.F. Müller, 1776), Spisula subtruncata (da Costa, 1778), Scrobicularia plana (da Costa, 1778), Zirfaea crispata (Linnaeus, 1758), Mya truncata Linnaeus, 1758, Mya arenaria Linnaeus, 1758, Ostrea edulis Linnaeus, 1758, Anomia ephippium Linnaeus, 1758 and Tellina donacina Linnaeus, 1758.
That was about it for the holiday, shell-wise, but on the Thursday (by which time the weather had turned) we stopped off at a small cove near the road to Kinlochleven in a vague effort to locate the Calliostoma I wanted to find. The beach had very little to offer at all except that it was populated with lots of beached Buccinum undatum – I found 30 in the space of ten minutes.
However, no Calliostoma zizyphinum anywhere, despite extensive searching in all sorts of places. If anyone has any ideas what I may have been doing wrong … answers on a postcard, please!
This article by Jonathan Welsh was first published in our magazine Pallidula in April 2001.
We would like to thank Gonçalo Rosa of Atoll Specimen Shells for the use of his copyright photographs.
OTHER
Chitons
Lepidopleurus asellus (Gmelin, 1791)