"We always try to go to a beach on holiday, but we are not always successful in finding any shells. All of these are shells I found unexpectedly, was very excited for days, all personal firsts and hold fond memories." 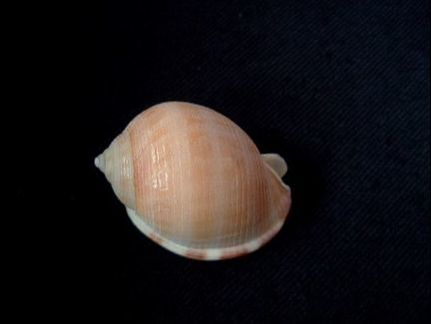 Semicassis saburon (Bruguiere, 1792)  self-collected at Fuengirola, Spain, March 1991. Fuengirola is the second busiest beach of southern Spain: postcards show a horde of people, with no sand showing at the height of season. At the eastern end of the beach, directly opposite our hotel, the waves had created a 4–5in step in the sand. In this step, hidden from the crowds, packed and protected in the sand were masses of shells, including this perfect Semicassis saburon. 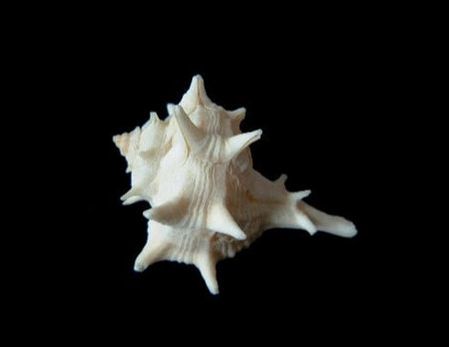 Bolinus brandaris Linnaeus, 1758   self-collected at Fuengirola, Spain, March 1991. I was staggered to also find in the step of sand complete Bolinus brandaris, with all the spines intact, unspoilt. I often wonder what other treasures lie buried there still. 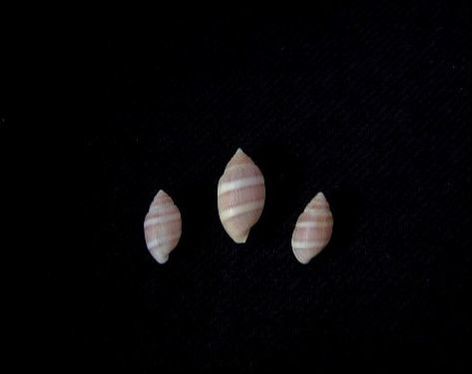 Acteon tornatilis Linnaeus, 1758  self-collected at Trouville beach, France, August 2003. At the eastern side of the beach there is a huge swathe of shells left by the tide, and added to daily. There are different varieties of cockle and many Lunatia (see below). One day I sat on a mound of shells, and rooted through them, just in case there was more treasure to be found, and something very pink caught my eye. There, perfectly intact, its top whorl undamaged, was a little Acteon tornatilis. The excitement grew as I discovered three. I just love the colour and delicate striping. It reminds me of a delicous iced bun. 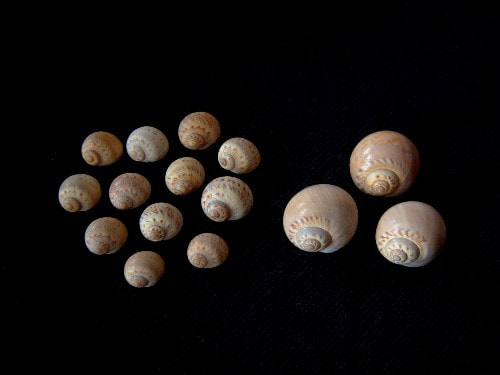 Lunatia pullchella Risso, 1826  self-collected at Trouville beach, France, August 2003 and Lunatia catena da Costa, 1778 from Lanzarote, April 2001. I love the whorls and spotty markings of these two species. On the lovely beach of Trouville you could collect these shells by the bucket if you wanted. Each day I crouched over the masses, and picked out the ones with clear markings. The smoothness and the detail still thrill me.

Lanzarote 2001 was a first family holiday with toddler Christopher, chosen for spring sunshine and hopefully good shelling. The hotel was a 5 minute walk from a small sandy public beach. No shells in sight! However an amble at high tide showed small shells swept up, to be taken away on the turn. I came back with four boxes, 35 species, all little treasures. 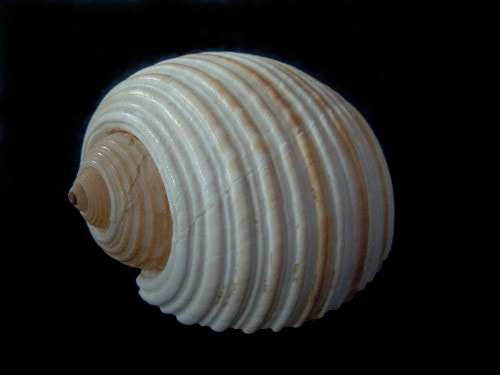 Tonna galea Linnaeus, 1758  bartered for £1.50 at Agadir harbour, Morocco, 1987. We stayed for a week at Agadir beach, and combed up and down looking for shells, and found pieces of wood, coconut, rubbish, but no shells. So another day we went to look at the boats at the harbour. There one of the fishermen had these Tonna shells in his nets. Suddenly the adrenaline flowed, I hand-signalled my intentions, I bartered and went away with a big smile and one big shell. I think he thought I was mad wanting one without the fleshy insides! 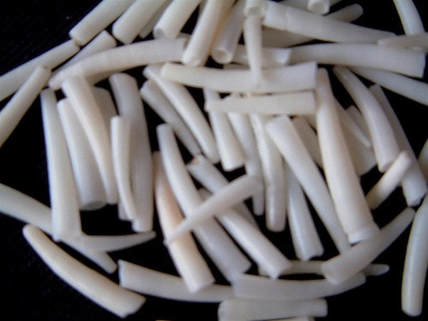 Styliola subula Quoy & Gaimard, 1827  self-collected at Playa Blanca, Lanzarote, April 2001. I love elephants, and these little shells remind me of their tusks. There were hundreds scattered along the tide line at high tide. I love their near translucence, the white was dazzling in the sunlight. 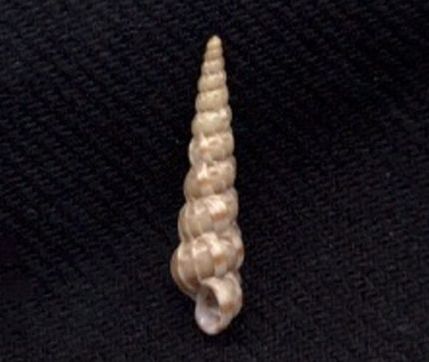 Epitonium clathrus Linnaeus, 1758  self-collected at Playa Blanca, Lanzarote, April 2001. This one my husband found. It is our very first Epitonium. The miracle is that he found it beside the wheel of the lifeboat, which was pulled up and down the beach each day, for practice manoeuvres. How it had not been crushed, damaged or just broken is a miracle. We never found another one.

Tricolia speciosa von Mühlfeldt, 1824  self-collected at Playa Blanca, Lanzarote, April 2001. If you looked very closely there were flashes of pink in the sand. Closer investigation showed these little precious gems. 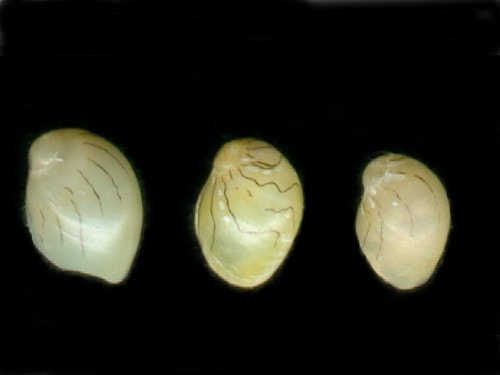 Smaragdia viridis Linnaeus, 1758  self-collected at Playa Blanca, Lanzarote, April 2001. If you had patience and a sharp eye you could catch glinting in the sand these little peppermint delights. I was astonished at the little black zebra markings on the shells. This shell won the Walter Karo award in October 2001. 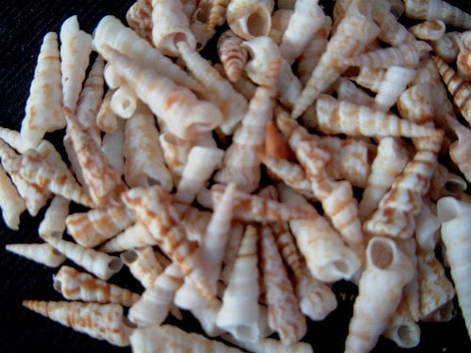 Turritella turbona Monterosata, 1877  self-collected at Playa Blanca, Lanzarote, April 2001. These were quite prolific on the beach, but due to the sand being more brown than yellow, they were well camouflaged – until the sharp eye got into focus. I love the colour variations, the perfect top whorl, a super little gastropod.