The changing foreshore of Mersea Island

by John Llewellyn-Jones
Many years ago in the 1950s as children, and indeed with my own children in the 1980s, we would spend our summer holidays on the lovely sandy beach at the bottom of Seaview Avenue, West Mersea, Essex, where my parents lived. At the top of the beach there was a row of beach huts and the soft golden sand ran down past the high-tide mark and on to what we called the "mud" flats. In fact they were made up of sand, shingle and small patches of mud out to the low spring-tide mark. Every large stone lifted would reveal scurrying baby crabs. We would collect cockles, mussels and winkles to boil in a "billy" can on an open fire made from driftwood found on the beach. We would walk the tide line and across the flats, barefoot, looking for shells and other marine objects 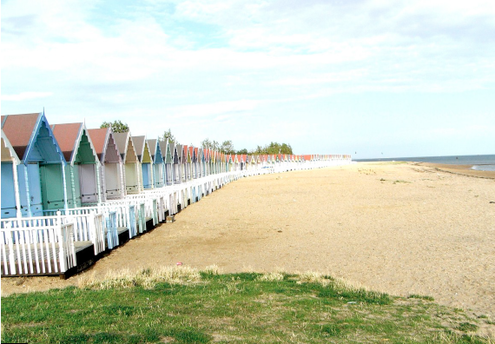