Something old, something new: Julian Joseph

"I have been collecting shells for more than 35 years, specialising in Recent and fossil cowries. Like most collectors, I started with a general collection, but after a few years I started to concentrate on one family, the Cypraeidae. After doing an undergraduate research project on the evolution of this group of molluscs (against the advice of my tutor, who though the subject was far too specialised), I became interested in the fossil species as well." 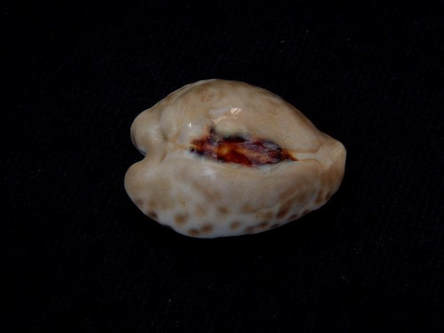 Bernaya teulerei (Cazenavette 1846)  38mm from Oman. A "living fossil", and the first uncommon cowrie I ever acquired. The only living species of the genus Bernaya, which is one of the most ancient Cypraeid genera, with numerous fossil species. 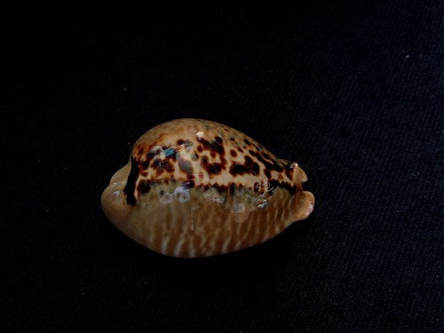 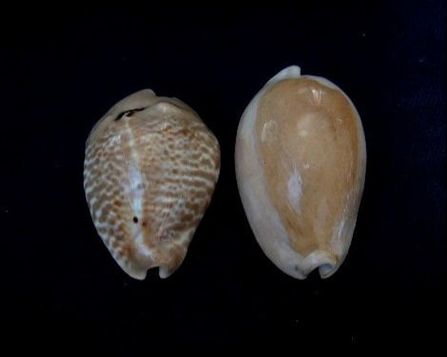 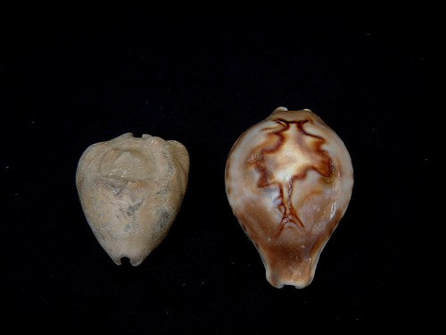 Barycypraea fultoni massieri Lorenz, 1991 60mm from Southern Mozambique and B. caputviperae Martin, 1899 45mm West Java. A "living fossil" and a "real" one! This specimen of B. fultoni massieri is very small, only 1mm more than the minimum size for this form. Luckily the sand grains in the specimen don't show in the photograph. B. caputviperae is a fossil representative of this genus, which was once common in Indonesia but is now confined to a single species off south-eastern Africa. It is interesting to note that the two living species of Coelacanth fishes also occur off south-east Africa and Indonesia only. 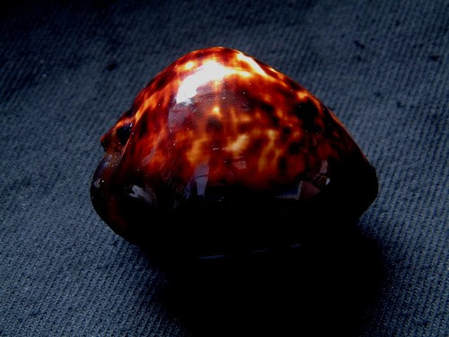 Zoila decipiens f. suprasinum Lorenz, 2002 58mm from Onslow, NW Australia. The southern subspecies of Z. decipiens described by Felix Lorenz in 2002. It is larger, heavier and slightly darker than the nominate form from Broome. 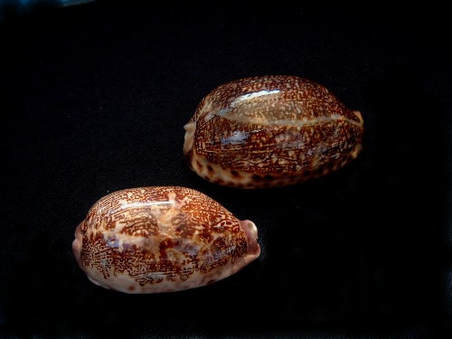 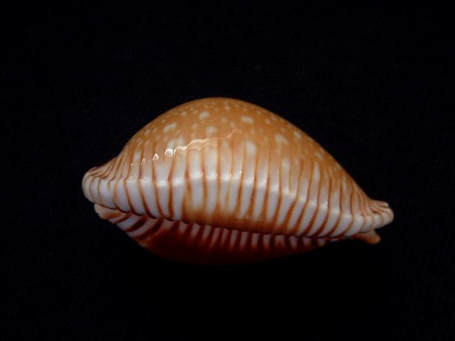 Erosaria guttata (Gmelin, 1791) 57mm. I thought this was form azumai when I got it from Japan but it isn't! It is almost certainly a Philippine specimen, but has no locality data . 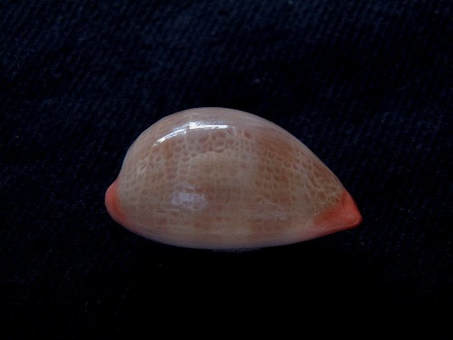 Austrocypraea reevei (Sowerby, 1832) 36mm from Albany, Western Australia. A quite slender and dark specimen. The only surviving member of the genus Austrocypraea, which has numerous fossil species in Australia. 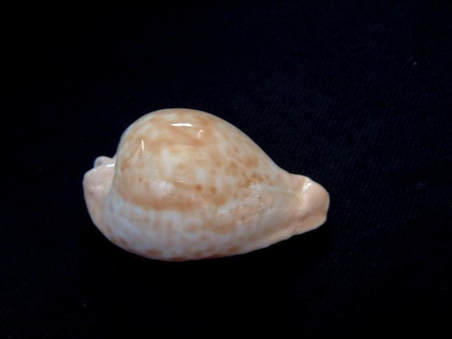 Umbilia capricornica Lorenz, 2000 65mm from Australia. I acquired this in Taiwan. The dorsal pattern is like that of hesitata beddomei, but the base is that of capricornica. 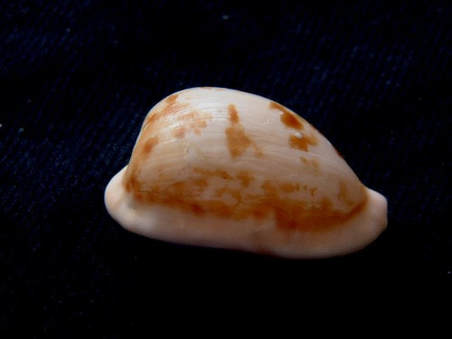 Cypraeovula castanea (Higgins, 1963)  39mm from Jeffreys Bay, South Africa. Rarely seen in good condition, this dead-collected specimen has at least some colour and gloss – most specimens are bleached white and eroded.