"My interest in shells began as a child collecting many different families but over the years, I have gradually focused my interest. I now specialise in only three families, Harpidae, Pleurotomariidae and my personal favourite, the Cypraeidae, of which I now have a collection of over 5,000 specimens. I have enjoyed collecting trips to Tahiti, Raratonga, Hawaii and most recently New Caledonia and Fiji in search of the more unusual specimens." 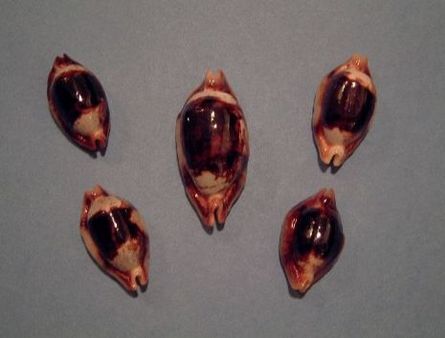 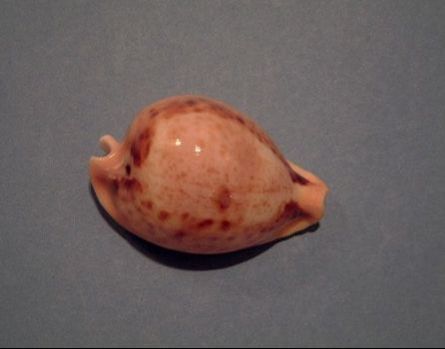 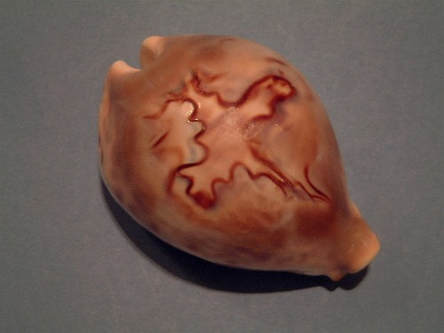 Barycypraea fultoni amorimi f. massieri Lorenz, 1991  This is a special favourite. A very nice specimen with none of the usual granulation and a fine Maltese cross and a whopping 82mm. Trawled off Quissiro on muddy sand bottom at 80–100m. 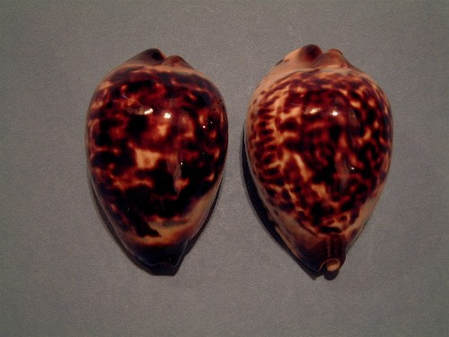 Zoila eludens Raybaudi, 1991  On the right, a specimen 67mm from the original batch of shells collected at Exmouth, NW Australia. The specimen on the left is a newly acquired shell from South Murion Island, Exmouth, dived inside sponge on limestone reef at 22m. 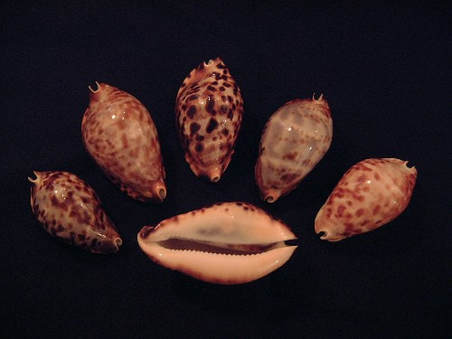 Zoila friendii friendii Gray, 1831  W. Australia. Close up of six of a great set of 15 variations of this species including a semi-golden specimen from the Ludwig Gabielli collection. This specimen is pictured in the Monograph of the Living Zoila by Felix Lorenz. 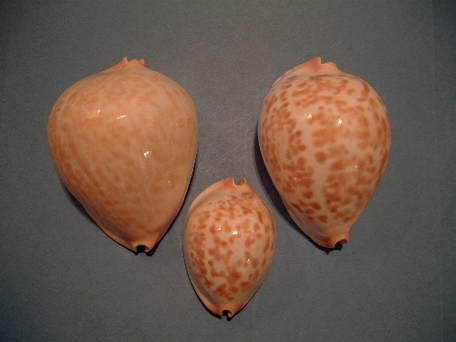 Zoila jeaniana aurata Raybaudi, 1979  W. Australia. The first specimen is a hump-backed specimen at 90mm, the second an 88mm shell and the third is a 60mm dwarf. All were trawled by Taiwanese fishermen in the late 1970s. 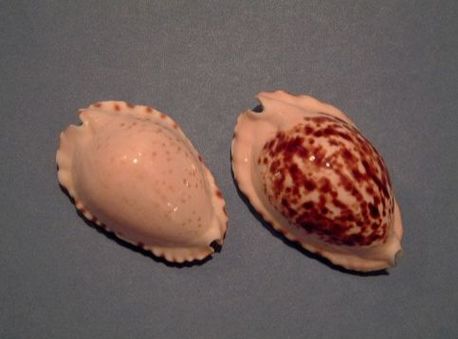 Zoila ketyana ketyana Raybaudi, 1978  Another shell trawled by Taiwanese fishermen off Point Quobba, W. Australia at 125m. The shell on the right is Zoila ketyana bataviensis Lorenz & Morrison, 2001, dived off Kalbarri on sponge at 35m. 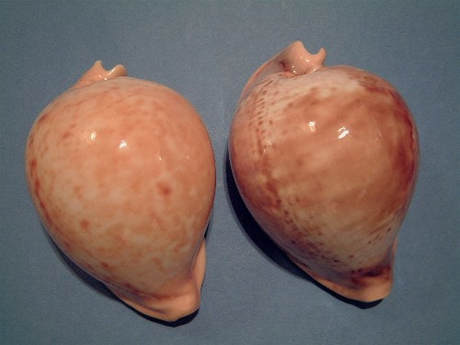 Umbilia armeniaca Raybaudi, 1993  The typical specimen of 100mm from the Great Australian Bight; the U. a. diprotodon is from Port Lincoln, dived on sponges at 50–60m.